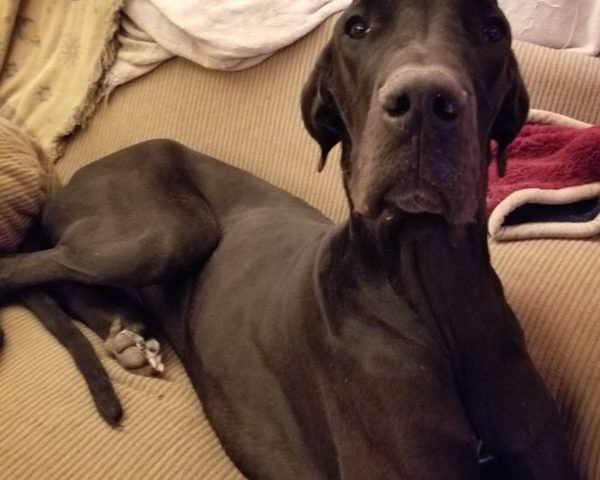 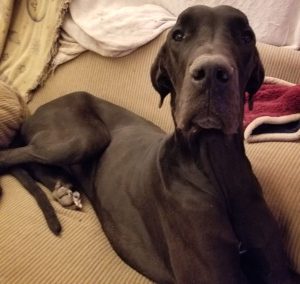 I just caught a glimpse of me in the mirror and all I can say is “Dang! I’m a big dog!” I guess it’s to be expected because I am a Great Dane. My name is Patrick, I’m only a year old, and up to date on vaccinations and neutered. I have tons of energy and need someone who has the time to work on some training and playing. I love everyone and other dogs. My best friend here is Bronwyn - an English Bulldog! I was given up because I was a little too much for my previous owner. Truth be told, she said that I was jumping on people (that was fixed in a day) and counter surfing. Really? Anyone know a Great Dane who doesn’t counter surf? Don’t you think you’re asking a lot of a dog who is as tall as the counter to not snag the food that’s there??? Really, I don’t do it very often though. I ride pretty well in the car and love to snooze on the couch. I’m also pretty good about going in a crate. Really, I am kind of a star if you think about it! Side note: No little kids - I am too energetic and klutzy to be around them. I will absolutely knock them over - I even knock over Bronwyn (but she doesn’t mind!). Smaller dogs may not be a great idea either for the same reason. Bronwyn’s a bit hefty (don’t tell her I said so) so when she gets rolled it’s more like rolling a big sausage! LOL So, if you think we might be a good match, contact Lisa at bluelionrescue@yahoo.com 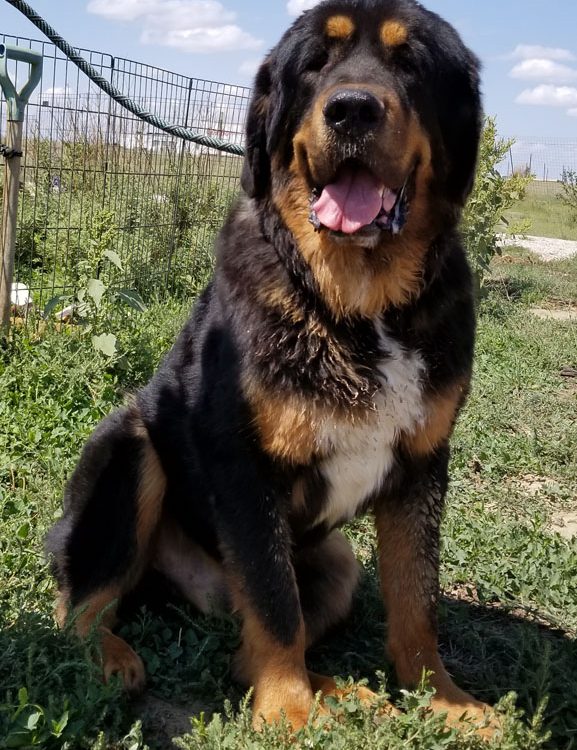