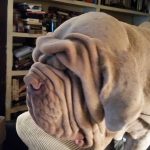 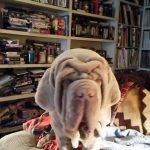 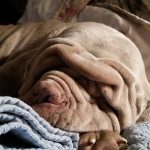 Am I glad my aunt Gretchen got me out of that awful puppymill!

My name is Baron and I’m the handsomest Neapolitan Mastiff you’ve ever seen! I’m only a little over a year old and I love everyone- including other dogs. I had to have an eye removed and I don’t see so great out of my other one but I sure as heck can see where the dog food is! LOL! I’m a pretty good boy as far as 1 year old Mastiffs go, but I am kind of needy so I’d love a mom or pop who works from home. Since I’m such a big boy and kind of a klutz, I won’t be adopted into a home with little kids.

Now, since Lisa believes in telling the good, the bad, and the ugly about all of us, I have to tell you that I will eat anything- and I mean anything! I don’t do it when someone is around but you know us babies can get bored! So….no beds, blankies or anything I can tear up, ingest and digest if you’re going to leave me alone….hence the wanting a home with a stay at home parent. But once I wrap you around my big paw you won’t WANT to leave me! Now, I’m kind of crate trained but I do give Lisa a hard time about going in sometimes. But truth be told, Lisa leaves it open during the day and that’s where I go to nap! I just like giving Lisa a challenge once in awhile. Don’t want her to think I’m too easy… 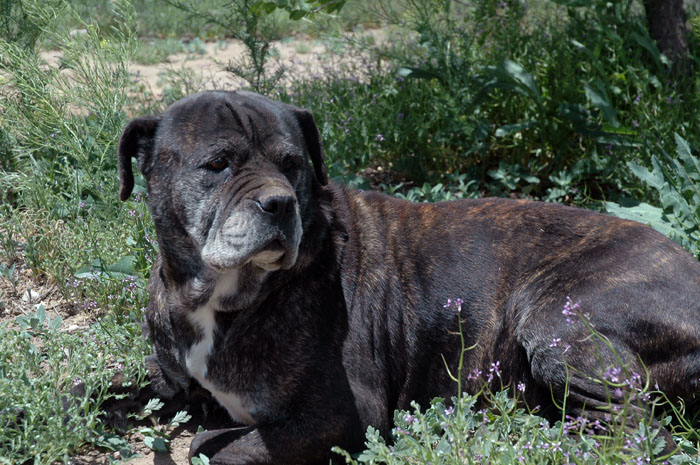